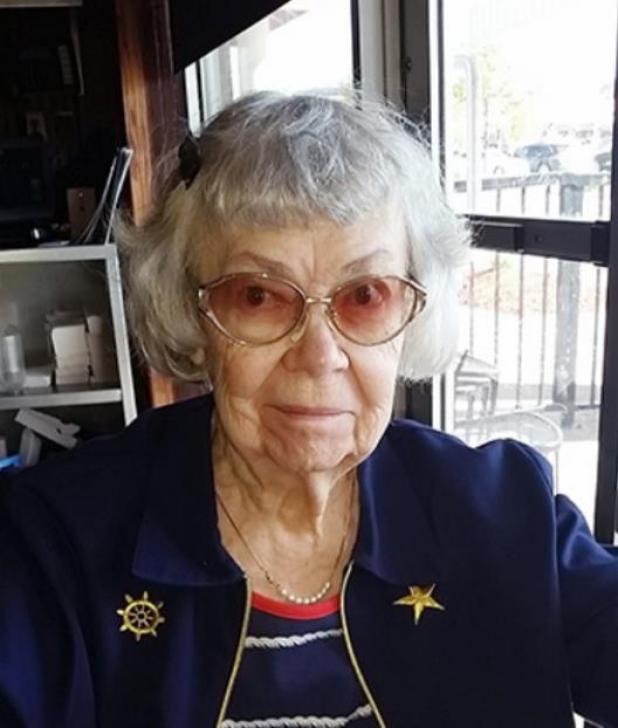 Deloris Nadine (Johnson) Grow was born March 18, 1924 in St. Joseph, Missouri. She was one of three children of John Winslow and Ida Marie (Moser) Johnson. As a young girl, her father was transferred to Villisca, Iowa where Jawnie, as she was known, graduated from Villisca High School.

In 1946 Jawnie married Charles Kirk. Their union was blessed with one son, Terry. The couple was later divorced. On March 26, 1987, Jawnie was united in marriage to William Grow, and his family became a part of hers.

Jawnie was secretary for the University of Nebraska-Lincoln Bookstore from 1966 to 1969. She was a member of the Nebraska Realtors Association for many years, serving as a officer and from 1969 to 1979 as administrative assistant.

As a member of the Church of Jesus Christ of Latter-day Saints, she was active in the Relief Society. Jawnie was an excellent seamstress and made her own dresses for the square dancing she enjoyed. She loved to read and do scrapbooking, genealogy, and crafts.

After Bill’s passing in 2015 Jawnie continued to live in their home in Auburn, Nebraska until moving to Good Samaritan Society-Auburn in May of 2018. It was there she passed away on Wednesday, January 29, 2020 at the age of 95 years, 10 months, and 11 days. In addition to her beloved husband Bill and her parents, Jawnie was preceded in death by a brother Morris Johnson and a step-son Steve Grow.

A funeral service was held Monday, February 3, 2020 at the Church of Jesus Christ of Latter-day Saints in Nebraska City. The speaker was Bishop Clay Smith, eulogy by Lonnie Neddenriep, and prayers were by Donna Brown and Don Dea. The chorister was Betty Bennett and June Bennett was organist.

Burial will be at the Alpine City Cemetery in Alpine, Utah.