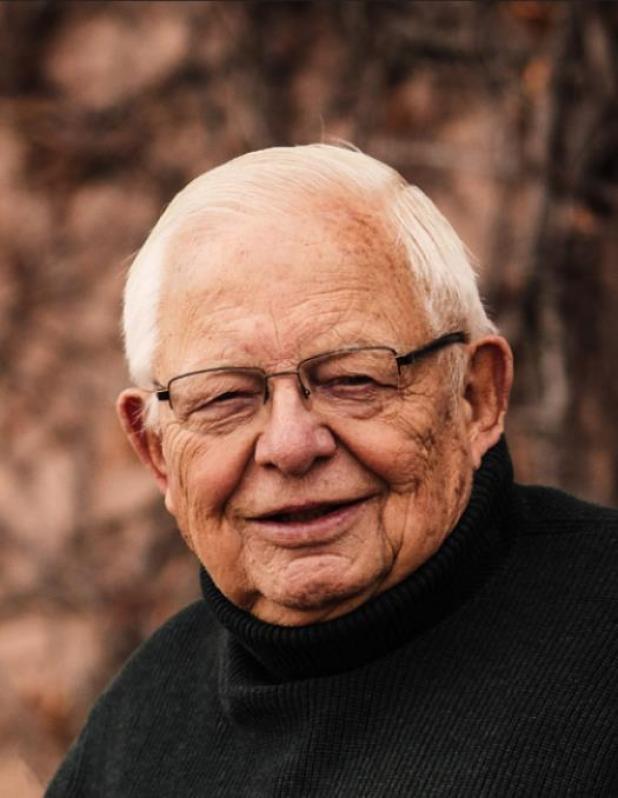 James Randel Smith, one of four children of Harold G. and Ruth (Randel) Smith, was born April 13, 1935, in Auburn, Nebraska. He attended Cloverdale rural school near the family’s home south of Auburn through the 8th grade and graduated from Auburn High School in 1953. He went on to study at Nebraska Wesleyan University in Lincoln, Nebraska.

In 1955 Randel joined the U.S. Army. He received his honorable discharge in 1957 and returned to Nebraska. Randel then attended the University of Nebraska in Lincoln and earned a Bachelor of Science degree in agricultural economics.

On May 27, 1961, Randel married his equal and love of his life, Jane Crooker, at the Auburn Christian Church. They made homes in southwest Iowa, rural Auburn, and Brownville. They would be blessed with seven children and be married for 61 years.

Their home, the Tipton House, in Brownville was certainly a labor of love for the couple. They began restoring what was just a shell of a house before they were even engaged. In fact, one day Randel gave Jane his fraternity pin while they were working at the house so she would not have to return to her sorority in Lincoln for a house meeting and could continue working on the house. In 2001, they made the house their full-time home and lived there for the duration of their time together.

Randel balanced many career interests in his life, the first serving as a bank examiner for both federal and state governments. He then entered the banking business himself before becoming a river boat captain on the Missouri River. Randel continued the family farming business of seed corn production for NC+ Hybrids after returning to the family farm. Additionally, he founded and operated the River Inn Resort in Brownville.

In true Randel fashion, he lived life on the go until he and his doctors suspected cancer. Within the week, he passed away at Bryan Medical Center West in Lincoln, Nebraska, with his family around him, on Saturday, April 30, 2022, just 17 days after his 87th birthday. He was preceded in death by his parents Harold and Ruth, sister and brother-in-law Marilyn and Richard Gruber, and daughter Carrie Smith.