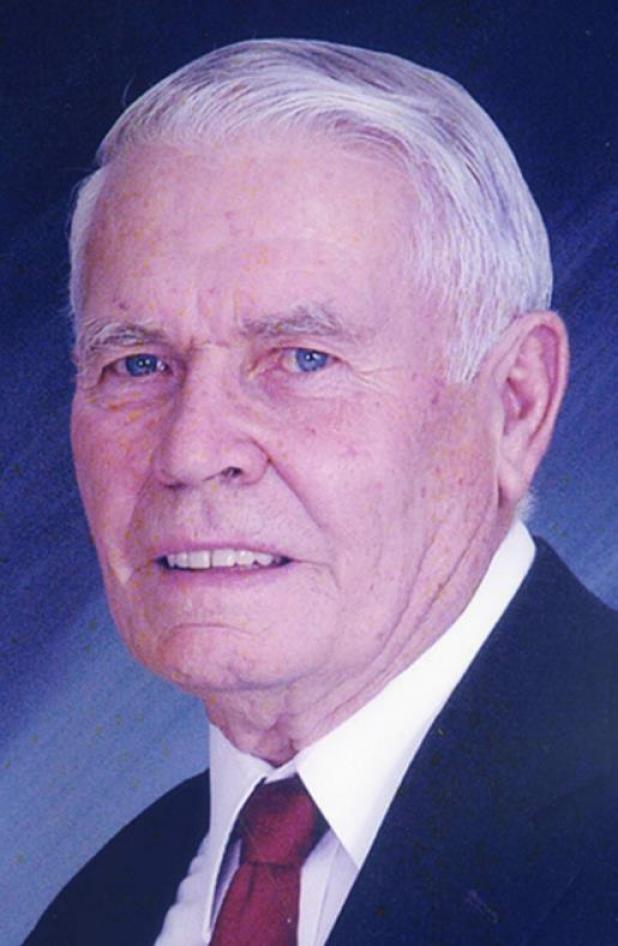 Dean Floyd Volker, one of five children of Orvin A. and Emma A. (Gobber) Volker, was born November 28, 1930, in rural Elk Creek, Nebraska. He was baptized December 21, 1930, and confirmed October 14, 1945, at St. James Lutheran (Long Branch) Church near his home. Dean attended “Rock School House” District #45 through 8th grade.

On February 21, 1954, Dean was united in marriage to Darlene Mae Boden at Trinity Lutheran Church in Auburn, Nebraska. In 1956 the couple moved to the “Hawxby” farm near Nemaha, Nebraska and farmed together. They were blessed with four children: Darrel, Darla, Duane, and Diane.

After they moved to Nemaha, Dean joined Trinity Lutheran Church where he served on the Church Board and was an Elder. He also served for 6 years in the Nebraska Army National Guard as a tank driver.

Dean farmed his entire life with Darlene by his side. He loved working and taking care of the land. He took pride in using his “Red” International equipment, which later in life became a staple color for farm trucks, pickups, and car.

He loved and cared for animals, raised cattle up until 3 years ago. He loved riding horses and was a member of the Stella and Nemaha County Saddle Clubs.

After Darlene passed on September 21, 2020, Dean continued to live on their farm for the next year. On October 29, 2021, he became a resident of Colonial Acres in Humboldt, Nebraska. It was there he passed away on Wednesday, July 6, 2022, at the age of 91 years, 7 months, and 8 days. In addition to his parents and his wife Darlene, Dean was preceded in death by his siblings and their spouses Mildred and John Kalous, Gladys and Maynard Schneider, Lloyd and Donna Volker, Neva and Jim Theis and niece Virginia and Lester Feurer.