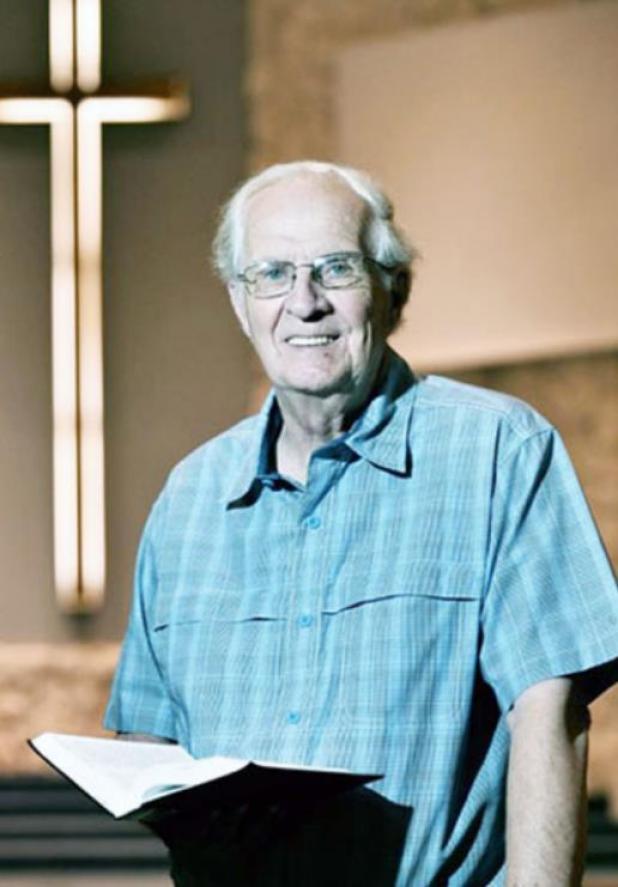 Robert Paul Chitwood was born June 9, 1936, in Viroqua, Wisconsin. One of two sons of Olen Robert and Irene Lucille (Buxton) Chitwood, he was baptized in the Viroqua Church of Christ. Bob grew up in Viroqua where he attended school and graduated from high school.

Continuing on his path to a lifetime of ministry, Bob enrolled in Nebraska Christian College in Norfolk, where he earned his Bachelor of Arts in Theology. In years to come he would earn a Master’s in Ministry from Creighton University in Omaha, Nebraska and his Doctor of Ministry at San Francisco Theological Seminary.

On May 23, 1957, Bob was united in marriage to Patricia Ann Smith in Norfolk. Their union would be blessed through the years with four children: Mark, Brian, Diane, and Linda.

Bob’s first charge was at the Griswold Church of Christ in Griswold, Iowa. From there he served Capital City Christian Church in Lincoln, Nebraska for many years. Bob switched his focus on ministry to become Executive Director of Eastmont Towers in Lincoln. While there he developed the idea and later raised funds for The Monarch, to provide special end-of-life care and assistance for individuals and families. After retiring from Eastmont Bob served the Brownville Christian Church in Brownville, Nebraska for the last 29 years.

In every location he lived Bob was active in the community around him. Among other activities he had served as Chairman of the Board of Nebraska Christian College and was a member of Citizens in Advocacy, Christian Student Fellowship, Eastmont Towers Foundation, and the Brownville Historical Society, where he served many years as president.

Bob sang lead tenor in the Watchmen Quartet for over 30 years. He liked to golf, enjoyed sports, and fished in his earlier years. He enjoyed spending time at their cabin in Wisconsin and was a big history buff. Mostly, Bob loved people. He enjoyed meeting people and having coffee with friends at coffee shops and cafes in the area.

In Bob’s later years he, with Pat’s constant help, faced various health challenges but continued his upbeat outlook and serving his church and community. A diagnosis of cancer in 2021 brought on new challenges, and in September Bob became a resident of The Monarch in Lincoln. It was there he passed away, surrounded by family, on Wednesday, September 8, 2021, at the age of 85 years, 2 months, and 30 days. Bob’s parents preceded him in death.

Among the many who will remember Bob’s love and warmth are his wife Pat of Brownville; sons and daughters-in-law Mark and Linda of Elkhorn, Brian and Barbara of Ladysmith, Wisc.; daughters and sons-in-law Diane and Tony Gratopp of Lincoln, Linda and Brett DuBay of Mission Hills, Kansas; grandchildren and spouses Justin Chitwood, Mitchell and Alyssa Chitwood, Wade Chitwood, Darrin and Ashley Chitwood, Cole and Emily Gratopp, Laura and Ken Machisa, Meg Gratopp, Tyler and Tatum DuBay, and Paige DuBay; 7 great-grandchildren; brother Dale and wife Jan Chitwood of Leesburg, Florida; other relatives and many friends.

Burial was in Walnut Grove Cemetery at Brownville.