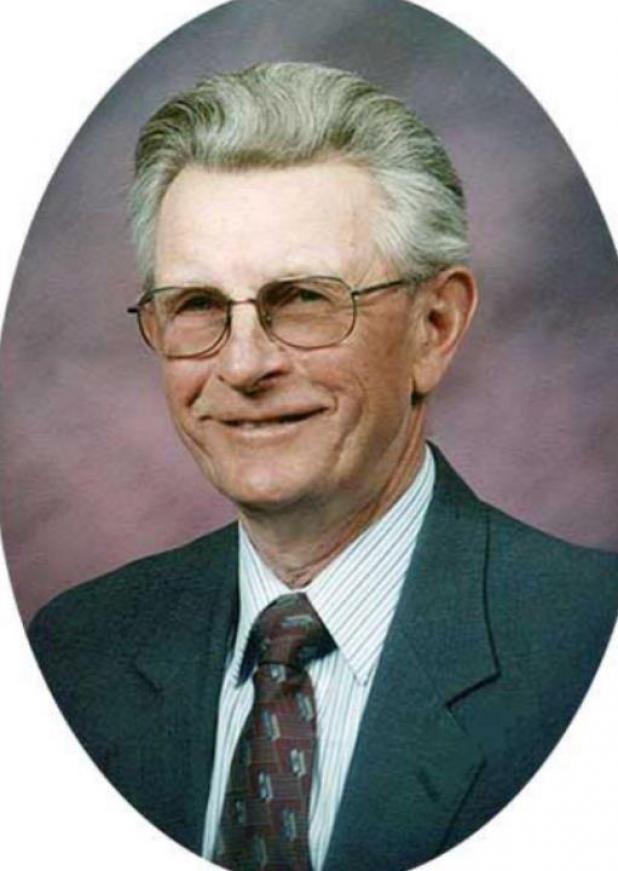 LaVerne Henry Speckmann, only child of Henry and Freida (Knippelmier) Speckmann, was born April 9, 1935 on a farm outside Johnson, Nebraska. LaVerne was baptized and confirmed at Martin Luther Lutheran Church by Rev. W. F. Freuhling. He attended country school at Long Branch #37 through the 8th grade, and then went to Tecumseh High School, graduating with the class of 1953.

After high school, LaVerne joined the United States Army. After being honorably discharged, he returned home to take up farming. LaVerne was grateful to have been able to serve his country during peacetime.

On April 17, 1960, LaVerne was united in marriage to Lila Peterson at Grace Lutheran Church in Cook, Nebraska. The couple would be blessed with four children: Les, LuRae, Lori, and Lynette. Lila passed on February 28, 1987. After Lila’s passing, LaVerne was united in marriage to Norma Doty on April 29, 1988 at Salem United Church of Christ near Steinauer, Nebraska. LaVerne would welcome Norma’s family as his own.

LaVerne was a member of Martin Luther Lutheran Church and then later at St. James Lutheran (Long Branch) Church. He was always active in the church and dedicated to serving in any capacity from singing in the choir, serving on the council, or cemetery board. LaVerne farmed his entire life, also raising cattle, hogs, and the occasional chickens and ducks. He enjoyed socializing with people and was one to never know a stranger. LaVerne and Norma also enjoyed polka dancing together. His church, farming, and family were his life.

On Friday, September 18, 2020, LaVerne passed into eternal life at Bryan Medical Center East in Lincoln. Having reached the age of 85 years, 5 months, and 9 days. He was preceded in death by his parents, wife Lila, granddaughter Morgan Hallstrom, and great-grandchild Hayden Hovendick.