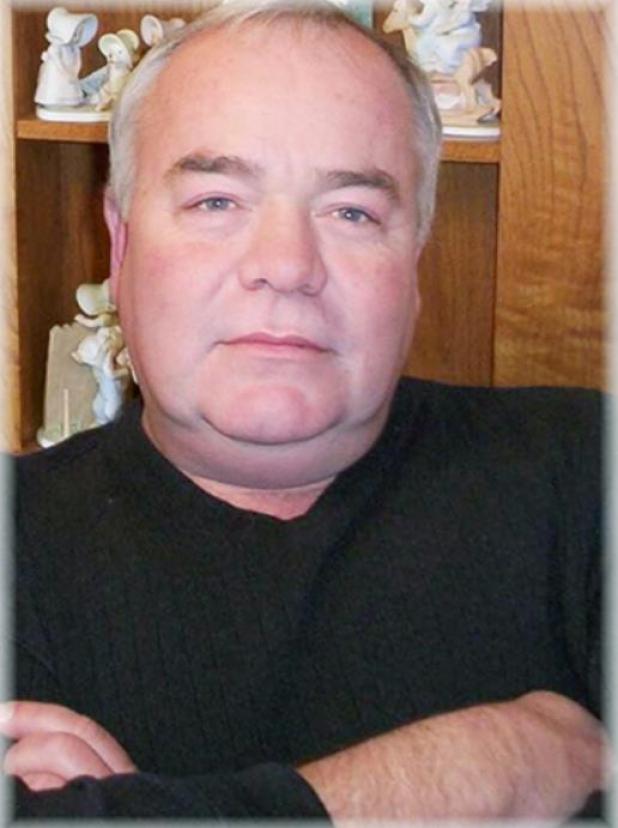 Larry Dean Harris, fourth child of Larry and Barbara Harris, was born Jan. 12, 1959. Being the youngest and the only boy he was loved by his three older sisters: Debbie, Karlene and Janet. He was raised in Auburn, where he attended the Methodist Church and Auburn Public School. He was active in the Boy Scouts of America, with his dad as leader. Larry worked throughout high school at the local Dairy Queen. He graduated midterm with his Class of 1977.

After graduation Harris enlisted with the Marines and served for four years. He was an electronics specialist working on Harrier Vertical Lift Jets. Harris’ time with the Marines was a very important time in his life and he left with much pride in his service. Following his honorable discharge, Harris found a job at NSK in Clarinda, Iowa.

Larry worked at NSK as a maintenance and toolroom supervisor. He enjoyed his work and met some amazing lifelong friends though NSK. Larry also met Brenda MacDonald at NSK in 1981. They married in 1983 at Auburn. In April 1985 they welcomed their first son Clayton Dale, in September 1986 a second son, Colton Lee and in April 1988 they completed their family with the birth of their daughter Kallen Mae.

When Clayton married Larry got a wonderful grandson in Kingston and in July 2019 his granddaughter Lila Mae was born. He loved being a grandpa and getting to spoil them. Kingston and Larry would share a special secret where Larry would give him piece of chocolate every time he came to visit, quickly becoming a regular enjoyment for both. Being a dad and grandpa were two of the greatest joys in Larry’s life.

Larry loved to spend time with his wife Brenda. They would travel the world seeking warm sunny beaches while making memories that lasted forever. In 2019 they moved to Florida during the winter and enjoyed time with Brenda’s sister Leann and husband Harley.

Larry is survived by daughter Kallen Harris of Lincoln; grandchildren Kingston and Lila of Clarinda; sister Deb Harris of Lincoln; sister Janet and Don Sobotka of Cortland; mother and father-in-law Jerold and Beverly MacDonald; sister-in-law and husband Leann and Harley Wilt of Onstead, Mich.; brother-in-law and wife Brad and Brenda MacDonald of Shenandoah, Iowa; and nieces, nephews and many friends.

Services were Thursday, Oct. 28 at the Ritchie Funeral Home in Clarinda. Interment was in the Memory Cemetery in New Market. Military honors were accorded by Sergy American Legion Post No. 98 and the Marine Corps Honor Guard. Memorials may be given in Larry’s name. Memories may be shared at www. ritchiefuneralhome.com. Arrangements were entrusted to the Ritchie Funeral Home of Clarinda, Iowa.