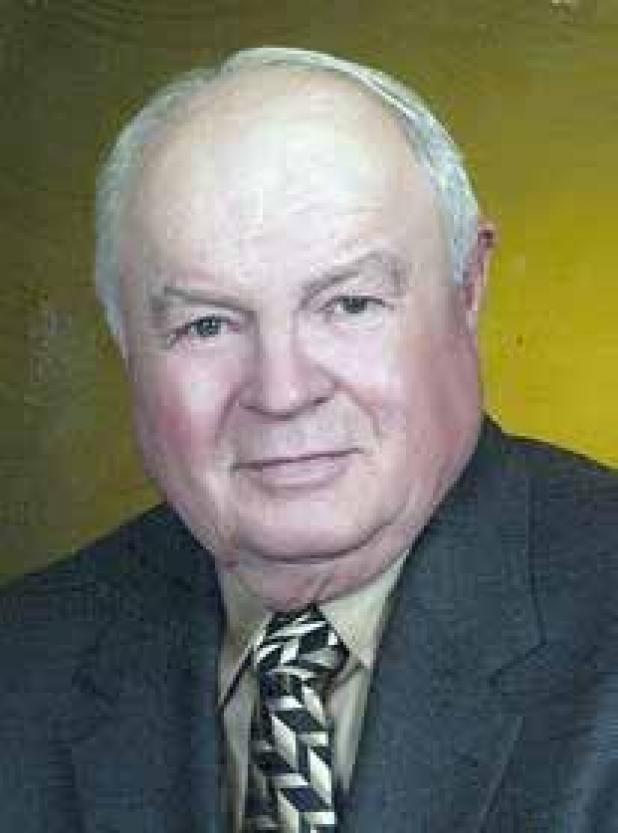 Tue, 10/18/2016 - 2:52pm
1930-2016
Funeral Services for Harlan G. Barker were held Friday, October 7, 2016 at the Trinity Evangelical Free Church in Holdrege, Nebraska with Pastors Paul Bauman and Murray Jones officiating. Interment was in the Prairie Home Cemetery at Holdrege following the services. Harlan Graham Barker, 86 years of age, of Holdrege, passed away on Tuesday, October 4, 2016 at the Mary Lanning Healthcare in Hastings, Nebraska. Harlan was born July 18, 1930 at his family home in Nemaha, Nebraska, the eldest of three children born to Lloyd Lee “Jack” and Olive Clara (Bollman) Barker. He received his primary education from a rural school near Auburn, Nebraska, and then transferred to Omaha Public Schools, where he graduated from Omaha North High School with the class of 1948. Harlan then pursued higher education from the University of Nebraska at Lincoln, where he graduated with a Bachelor’s Degree in 1952. Following his education, Harlan relocated to Holdrege, where he served as the Phelps County Assistant Extension Agent. On May 25, 1954 he was united in marriage to Kathryn Ann Peterson at the Trinity Evangelical Free Church in Holdrege and to this union four children were born: Sheryll, Susan, Brian, and Sara. In 1955, Harlan accepted the position of Franklin County Extension Agent, a position he held until they engaged in farming northeast of Holdrege in 1961. In 1972, the family moved into Holdrege. In the years to come, Harlan was employed by the Holdrege COOP as a grain elevator operator and also enjoyed working with the area farmers supplying anhydrous in the Spring. He was active in his community serving on the R-6 School Board and active in various agricultural boards for several years. Harlan was a member of the Trinity Evangelical Free Church, where he and Kathryn served their Lord as church custodians for many years before their retirement. Harlan enjoyed antique cars, restoration and showing at various car shows. Throughout the years he made many friendship bonds. Most of all, Harlan enjoyed following his kid’s activities when they were young and was a wonderful, loving husband and father. He was preceded in death by his parents; father-in-law and mother-inlaw: Albert and Hazel Peterson; and brother-in-law, Roger Peterson. Harlan leaves to celebrate his life; his wife of 62 ½ years, Kathryn Barker of Holdrege; his four children: Sheryll Barker of Holdrege, Susy Barker of Lincoln, Nebraska, Brian Barker of Waukegan, Illinois, and Sara Barker of Falls City, Nebraska; two brothers: Verlyn Barker of Denver, Colorado and Jack Barker and his wife, Char of Littleton, Colorado; sisters-in-law: Violet Peterson of Holdrege and Carolyn Fitch and her husband, Jerry of Commerce City, Colorado and a host of nieces, nephews, other relatives and friends. A memorial has been established in Harlan’s honor and kindly suggested to the family for a later designation. Expressions of caring and kindness can be sent to the family at www.nelsonbauerfh.com The Nelson-Bauer Funeral Home in Holdrege was in charge of the arrangements.
auburn Forecast