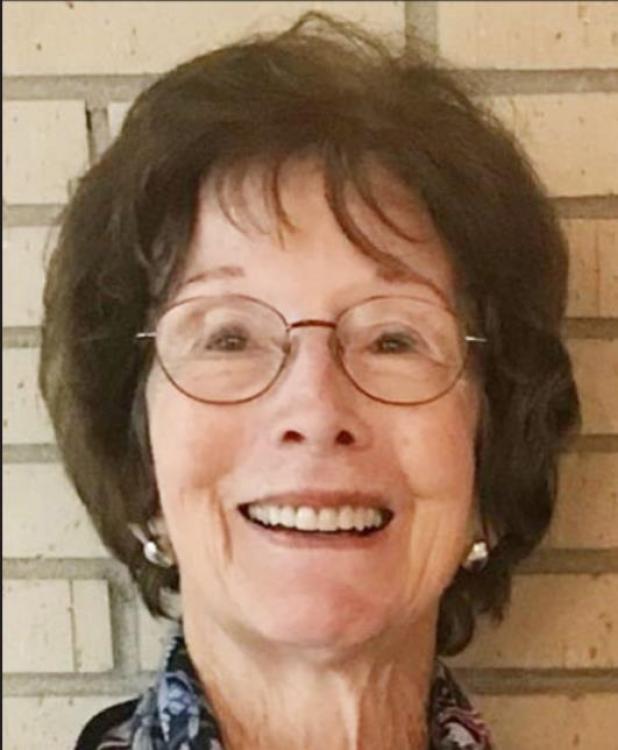 Evelyn Louise (Stoddard) Jensen, 84, Liberty, Missouri, was born on Sunnyslope Farm in Auburn, Nebraska, on December 30, 1936 to Hugh and Nainie Stoddard. The youngest of three siblings, Evey graduated from Brock High School in May of 1955 and enrolled in Nebraska Wesleyan University in Lincoln. She lived in the Delta Zeta house.

While studying to be a teacher, Evey met and fell in love with Gary Dean Jensen of Grand Island, Neb. The couple was married at the Brock United Methodist Church on August 3, 1958. They moved to Omaha where Evey worked for Northern Natural Gas, among others, while Gary went to school.

Their first child, DeeDee, was born in 1960. The family returned to Lincoln, and Mark was born in 1962. Over the next few summers, while Gary worked on his Master’s degree at various colleges, Evey and the kids lived at Sunnyslope Farm in her grandmother Nella’s house. Evey’s dad called it “Jensenvilla.”

The family attended Tarkio United Methodist Church. In 1979 they relocated to Cameron, Mo. Evey taught Kindergarten and library in Mirable, Mo., and later Kindergarten in Hamilton, Mo. Evey and Gary began a business, Wicker, Wood, & What-Not, and traveled in their conversion van to fairs, flea markets, and trade shows. They hired representatives and held in-home parties. In 1992, Evey and Gary moved to three acres on the north side of Liberty, Mo. Evey taught Kindergarten at McCoy Elementary in the KCMO school district until she retired.

In Liberty, they joined Pleasant Valley Baptist Church. Evey loved her church and community group and regularly invited people to visit. She loved nature, baking delicious fruit pies for loved ones’ birthdays, traveling in the camper with Gary, taking trips with friends, participating in Passport in Time projects, and most of all getting together with family. Evey loved to laugh, had a great sense of humor, and was always up for playing games. She was a positive, warm, playful person with a beautiful smile and a listening ear. She was a light to all who knew her, and we will miss her terribly.