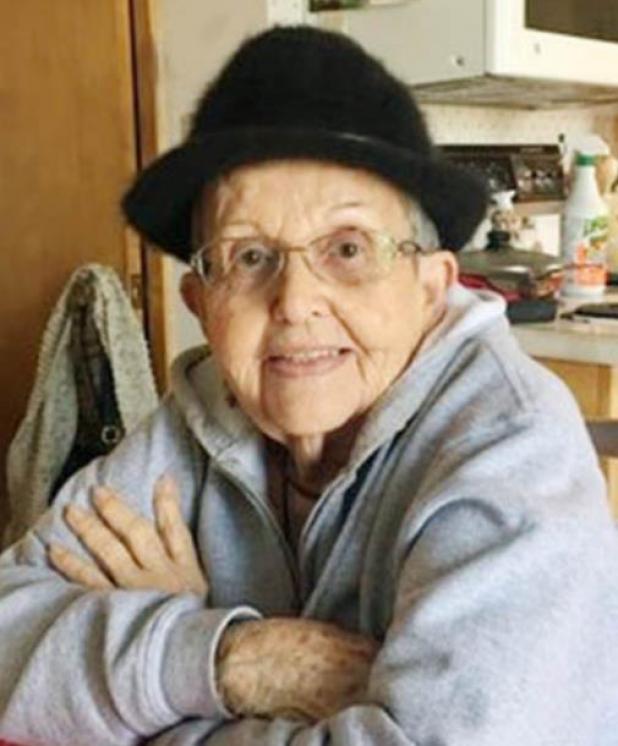 Donna Rae Swinney, one of two daughters of Harlan and Ruby Ann (Osborne) Potter, was born August 10, 1929 in Nebraska City, Nebraska. Donna was baptized and confirmed at the First Christian Church in Nebraska City. She grew up and attended school in Nebraska City, graduating from Nebraska City High School in 1946. Donna then attended Midland College in Fremont for a year.

On August 6, 1948, Donna was united in marriage to Eldon Swinney at the First Christian Church in Nebraska City. The couple was blessed with three children: David, Ginger, and Melissa. They first made their home in Nebraska City, until moving to Auburn in 1963.

When Donna and Eldon first moved to Auburn, Donna helped with the bookkeeping for Thomas Distributing and as a secretary at Title 1. She then was secretary for TriCo, but after losing her son, David, she did not go back to work for TriCo. When she was ready to return to work, Donna began working at Hemmingsen Clothing Store, where she would work for many years.

Donna’s first love was Eldie, then horses, and also golfing. She was an avid golfer, belonging to Auburn Country Club where she served as president of the Ladies Golf League. She was a member of the Nemaha County Saddle Club, and was a member of the Auburn Christian Church, where she belonged to the Mary-Martha circle. Donna loved to paint, do handy work, sew, and was always making crafts of some sort. She was a Husker fan, but also a sports fan in general, always watching sporting events on tv and keeping track in the newspapers. Donna especially loved to watch her kids and grandkids in their sports events. Her fondness for horses translated into many hours riding with the grandkids.

After Eldon’s passing on October 25, 2014 Donna continued living in their home in Auburn. Even as her health failed, she remained at home with the help of her family and hospice care. It was at home on Tuesday, December 8, 2020, with family around her, Donna passed away at the age of 91 years, 3 months, and 28 days. In addition to her husband Eldon and her parents, Donna was preceded in death by her son David.

Among those who will remember Donna’s infectious laugh and smile are her daughters and sons-in-law Ginger and Harry Bridgmon of Auburn, Melissa and Scott Gerdes of Omaha; grandchildren Angela Bridgmon (Brian Pugh) of Auburn, Nathan (Samantha) Bridgmon of Plattsmouth, Paige, Tyson, and Abby Gerdes all of Omaha; great-grandchildren Carlee and Chloe Curttright, Reid, Bryce, Tessa, and Nash Bridgmon; sister Betty McDonnell of Denver, Colo.; other relatives and friends.