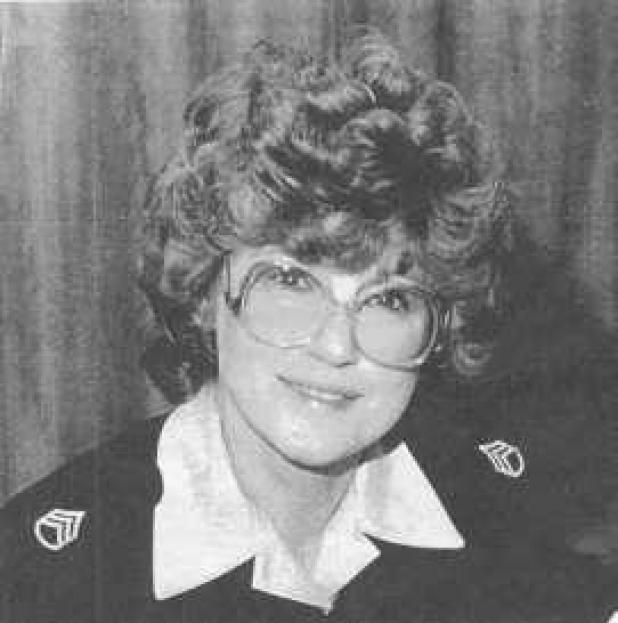 Connie Marie Simms was born July 15, 1947 in Auburn. To Irvin Earl Simms and Alice Marie Simpson Simms. She lived north of Auburn on a farm, where Connie started her singing career. She learned to sing to our milk cow Molly. She graduated high school in 1965. Married Larry Meyer, later divorced. Connie entered the Military Army Reserves, where she served for 30 years and became MSG Connie Marie Simms.

After retiring Connie moved back to Auburn, NE and help take care of her granddaughter Bella. Also Connie started making wreaths of Seahawks and Mariners. Sometimes Connie would call and ask for Nebraska ornaments. Connie also started karaoke and was know as “Spitfire” by her friends in Washington. She was a very good entertainer and loved to dance. She had friends all over Washington. Connie is survived by her two sons.

She had two sisters and a brother. Linda Sue and Frank Aue, of Auburn, NE, Peggy Diede of Oklahoma City, OK and Gary Irvin and Diana Simms of Hickman, NE. Many nephews and nieces. Connie was proceeded indeath by her parents and two sisters, Mary Ann O’Leary died July 19, 2007 and Judy Kay Angel, passed March 24, 2008. Connie’s ashes were spread on her parents grave, her son Rob gave the eulogy. A get together was held at American Legion. Connie’s flag will fly in the American Legion Park during the holidays.