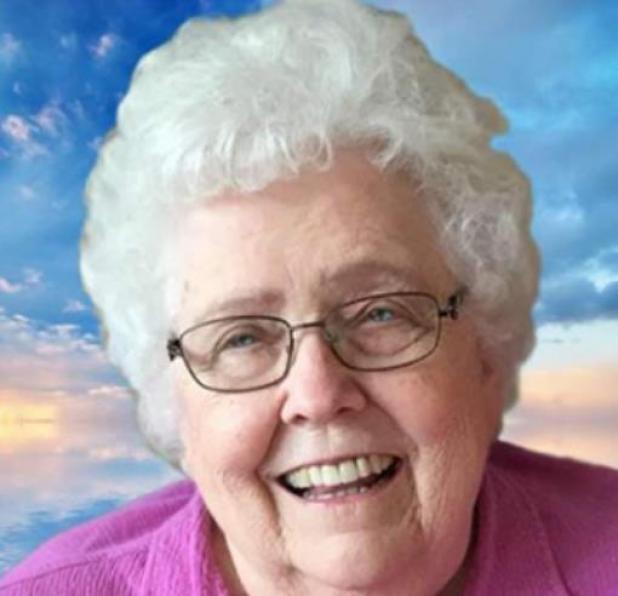 Beverly, known as “Bev” to most, was called to her heavenly home January 8, 2021 at the age of 84. She was born in Peru, Nebraska to Nellie and William Vanderford in 1936. She was one of 7 children.

Beverly grew up in Auburn, Nebraska and graduated from Auburn High in 1953.

In 1957, Bev met Merv, forming a union of marriage on February 2,1958. Together they had five children. Merv’s career took them to various locations across the country, but in 1983 they settled in Kearney where they would spend most of their lives.

While in Kearney, Bev worked as a secretary for Kearney First United Methodist Church until her retirement. She and her late husband were both extremely active with volunteering and supporting local events. She thoroughly enjoyed her time and friends met at Sunday School, in Bell Choir, Chancel Church Choir, Kiwanis, Kearney Community Theatre, etc.

Bev was enormously proud and supportive of her children, grandchildren, and great-grandchildren. She will always be remembered for the smile on her face and the ability to light up a room. It was rare to see her without a smile and she always had the best attitude. She was known at Tiffany Square, where she resided at time of death, as the social butterfly and Sunday pianist. She will be missed and remembered by many.

Beverly is survived by her children, Roger Schliefert, Doug Schliefert and wife Jodi, all of Grand Island, and Linda Mousel and husband Kirby of Central City. She leaves behind six grandchildren, Josh, Michael, Megan, Courtney, Chloe, and Sarah, as well as five great-grandchildren.

Beverly was preceded in death by her sons, Dennis and David, and her husband Mervyn.

Memorials are suggested to Kearney’s First United Methodist Church, Habitat for Humanity, or the Grace Foundation.

Online condolences can be sent to the family at www. apfelfuneralhome.com.