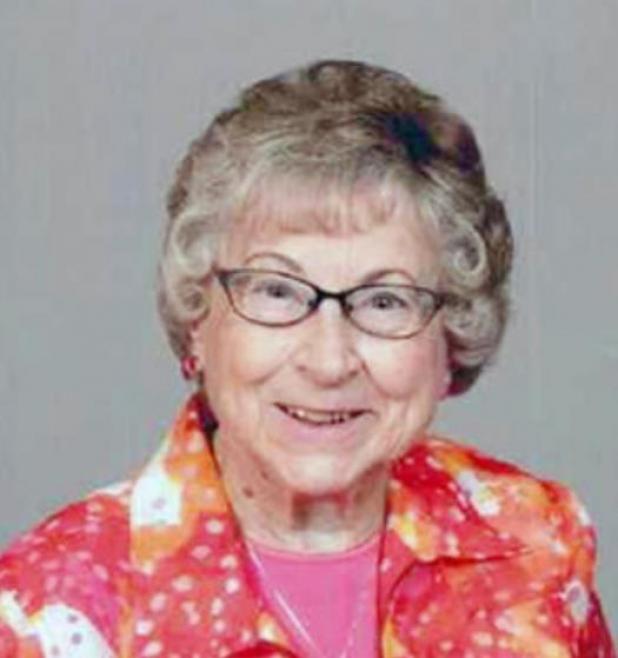 Belva “Colleen” (Keithley) Curttright, 91, of Topeka, Kansas passed away, Friday, February 7, 2020, after a brief and courageous fight with cancer.

She was born to Delbert Levi and Martha Maude (Bollman) Keithley, January 14, 1929 at home in Nemaha County, Nebraska during a blizzard. Her father had to ride horseback in the snow to get the doctor. She was a 1946 graduate of Verdon High School in Verdon, Nebraska and attended business school in Topeka after graduation.

Colleen married Chester, “Chet” Curttright on January 30th , 1949 in Nemaha, Nebraska. He preceded her in death on December 11, 2014. The couple made their first home in Auburn, Nebraska where Colleen worked for the Lincoln Telephone Company.

Chet and Colleen moved to Topeka in 1953 to be closer to her parents. She was a stay at home mom for many years until she began working at Countryside Preschool as a Teacher’s Assistant. During this time, she saw her four grandsons and great grandson attend preschool there. She developed many strong friendships with staff over the years that continued until her passing. She retired from Countryside in 2008 after 30 years at the “young age” of 80.

Colleen’s family always came first, and she enjoyed making sweet tea, baking pies and cookies and sitting on the front porch of her home of 60 years with her husband. Her daughters, Tiwana and Dawn, were her best friends and they enjoyed many adventures together. Although her house was always tidy, she said she would put housework aside to go on spontaneous adventures when one of the girls suggested it. She was a hands-on grandma and spent summers taking the boys on outings around Topeka. Her great-grandsons brought her added joy. She was doted on by her sons-in-law who helped with home fix its after Chet passed. She had the gift of hospitality and always had an open door for family, neighbors and friends of her daughters.

Colleen was an avid reader with the love of spelling and puns and said, “books were her friends.” She also enjoyed exploring new cities, flea markets, watching her soaps and baking. She was an Elvis fan and growing up the girls would often hear an Elvis album playing while mom was doing housework.

She was a 64-year member of Topeka First United Methodist Church where she taught the preschool Sunday School Class for 25 years. She made many friendships and enjoyed sitting with her “pew friends” on Sunday morning. Colleen was a quiet person and an excellent listener. She often reminded her family you learned more by listening than speaking, which her gently way of saying she knew exactly what was happening in our lives. Her favorite quote, by James Brewer, was “The Art of Silence is as Great as that of Speech.”