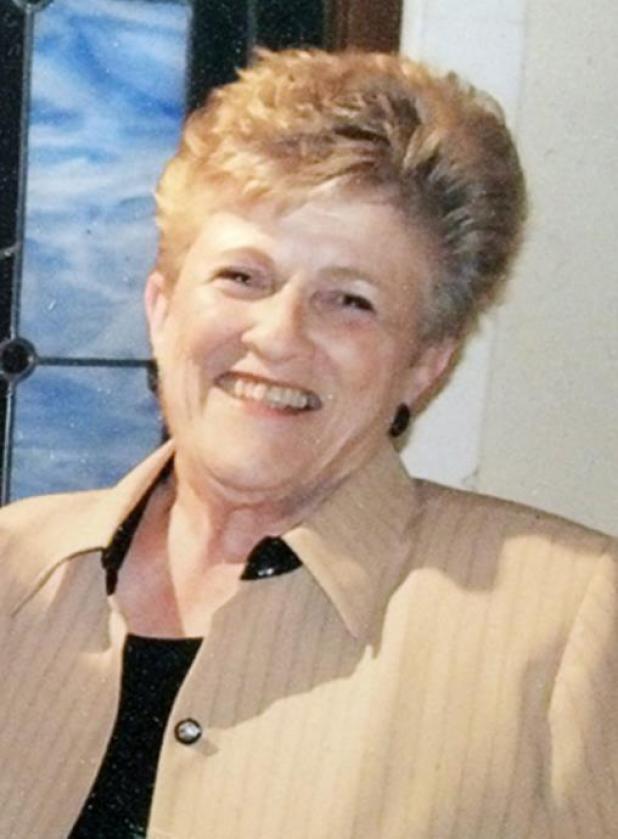 Barbara Lou (Knox) Moore, one of two daughters of Robert Alexander Knox and Audre Leona (Hunter) Knox, was born August 25, 1935 in Bethany, Missouri. She graduated from high school in Auburn, Nebraska and went on to the Methodist School of Nursing in Omaha, Nebraska.

On February 6, 1955 Barb was united in marriage to Richard Lee Moore at First United Methodist Church in Auburn. They made their first home in Colorado Springs, Colorado for a short time until moving to a farm near Nemaha, Nebraska. In 1970 they moved to Auburn with their children Deb, Kathy, and Mike.

A retired nurse, Barb devoted much of her time to running the household and raising the children. She loved to knit and made Barbie clothes for her children and grandchildren. Barb liked to watch movies on the “Hallmark” channel, golfed in the Auburn Country Club Ladies League, and was a member of a bowling league in Auburn. Later in life she became involved with Relay for Life in Auburn and served on the Board of The Brownville Concert Series for many years. Barb volunteered many hours to the Series and served as Chairman of the Board.

After Richard’s passing on March 27, 2017 Barb continued to live in their home in Auburn but spent the winter months in Walnut Grove, Mississippi where her daughter Kathy lives. It was at her home in Walnut Grove, surrounded by family, that she passed away on Tuesday, January 5, 2021 at the age of 85 years, 4 months, and 6 days. In addition to her husband Richard, Barbara was preceded in death by her parents Audre Blankenship and Robert Knox and her sister Linda Remmers Oestmann.