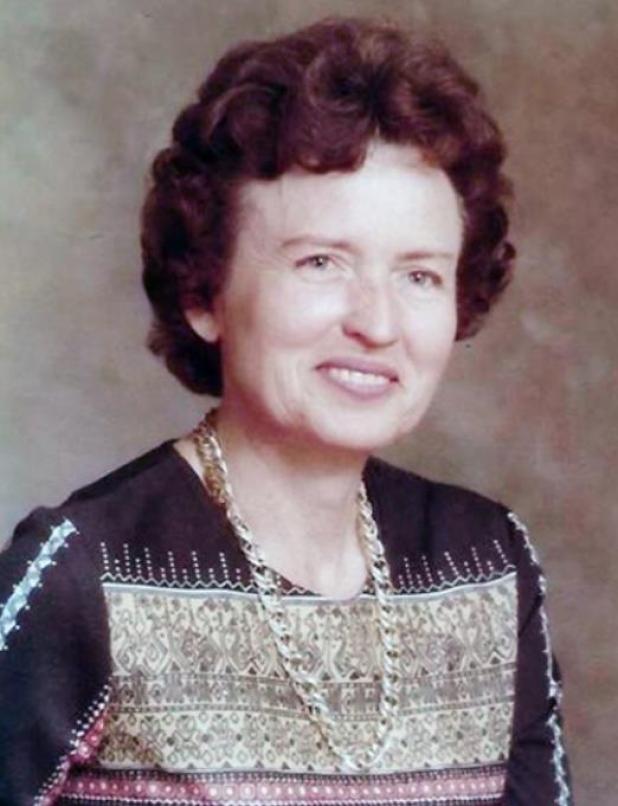 Ardis Mary (Kors) King, 92, formerly of Humboldt, Nebraska was born on October 14, 1927, and was raised on the family farm north of Humboldt. Ardis was the only child born to Elmer H. and Rose A. (Friedly) Kors. Ardis attended Franklin Center country school through the eighth grade, and then went to Humboldt High School where she graduated with the class of 1945.

After graduation, Ardis went to secretarial school in Lincoln. When she was 19 years old, her father passed away, so she and her mother moved into Humboldt. She worked at the O.A. Cooper Company as a secretary for many years until some time after her first child was born.

On July 16, 1958, Ardis was united in marriage to Everett L. King, son of Aaron Silas and Mary E. (Snoke) King, at the United Methodist Church in Humboldt. To this union two children, Sondra and Alan were born. The couple raised their family on the Kors family farm north of Humboldt where Everett then farmed. They later moved into Humboldt after retiring from the farm.

Ardis was a member of Richardson County Farm Bureau, neighborhood Do Drop In Club and was very involved in 4-H, Girl Scouts and Boy Scouts along with her children. She always helped then out with their projects tremendously. When the kids were little, Ardis sewed their clothes and was a very busy homemaker and farm wife. She cooked for her family and often hired hands, raised chickens, mowed a whole lot of grass, always had a large garden and canned, helped herd cattle, loved cats her entire life and even would drive tractor to put up hay.

Ardis worked at the Home State Bank in Humboldt for Otto Kotouc and Allen Fankhauser during income tax time from March 1946-April 1980. She even beat cancer after that. Ardis was proud to receive the AK-SAR-BEN Pioneer 100-year award at the Richardson County Fair in 2011.

Ardis entered the Colonial Acres Assisted Living on March 3, 2017, due to failing health. On November 1, 2019, she fell, breaking her leg and her health declined further. Ardis passed away at Colonial Acres Nursing Home on Friday, March 27, 2020, having reached the earthly age of 92 years, five months and 12 days. She was preceded in death by her parents, husband Everett, brother-in-law Dale (Lucile) King and sister-in-law EmmaLee DeJonge.

Graveside Services were held at 2 p.m. on Tuesday, March 31, 2020, at the Humboldt Cemetery with Pastor Dorothy Smith officiating.

Memorial contributions are suggested to the Humboldt United Methodist Church. Condolences can be shared

Condolences can be shared online at www.wherrymortuary.com. Services entrusted to Wher