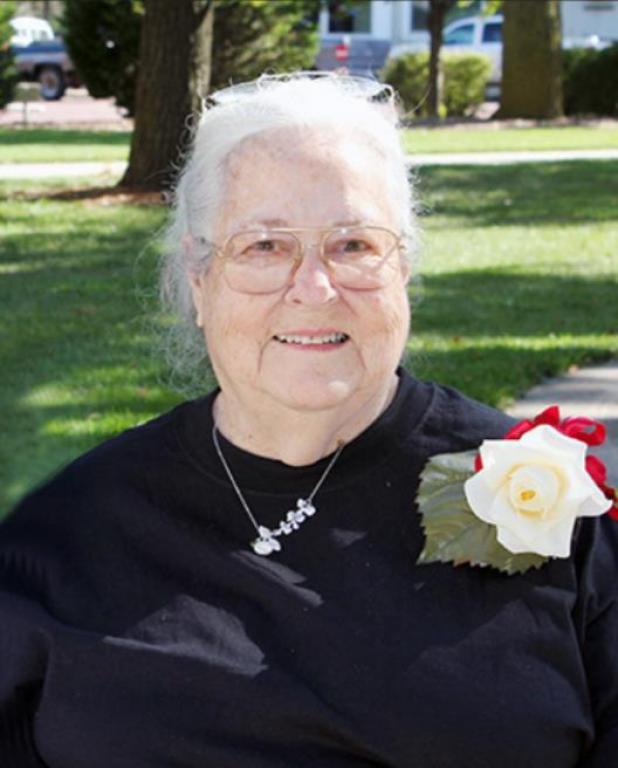 Alice Elaine (Redmon) Moenning, born March 16, 1934, in Los Angeles, California, was one of two children of Chalmer Fielding Redmon and Opal Redmon. She grew up in the Los Angeles area and graduated from George Washington High School in 1952.

In January 1953 Alice married Herman “Ham” Moenning and they remained together until his death March 29, 2019. They originally made their home in California and would be blessed with two daughters, Denise Kathleen and Karen Sue.

Alice attained a Bachelor of Arts in Art History from California State University, Fullerton. Alice and Ham moved to Auburn, Nebraska in 1974 to take over the family farm. She taught adult education painting classes and attended craft shows. Art was always a large part of her life. Being a housewife, mother, grandma, and great-grandma was the center of her life. She enjoyed family dinners and family visits.

Alice passed away at Pleasant View in Rock Port, Missouri on Tuesday, October 19, 2021, at the age of 87 years, 7 months, and 13 days. She was preceded in death by her husband Ham in 2019, daughter Denise Henderson in 2020, brother George Redmon, sister-in-law Elvira Redmon, and grandson Jason Palmerton in 2005.